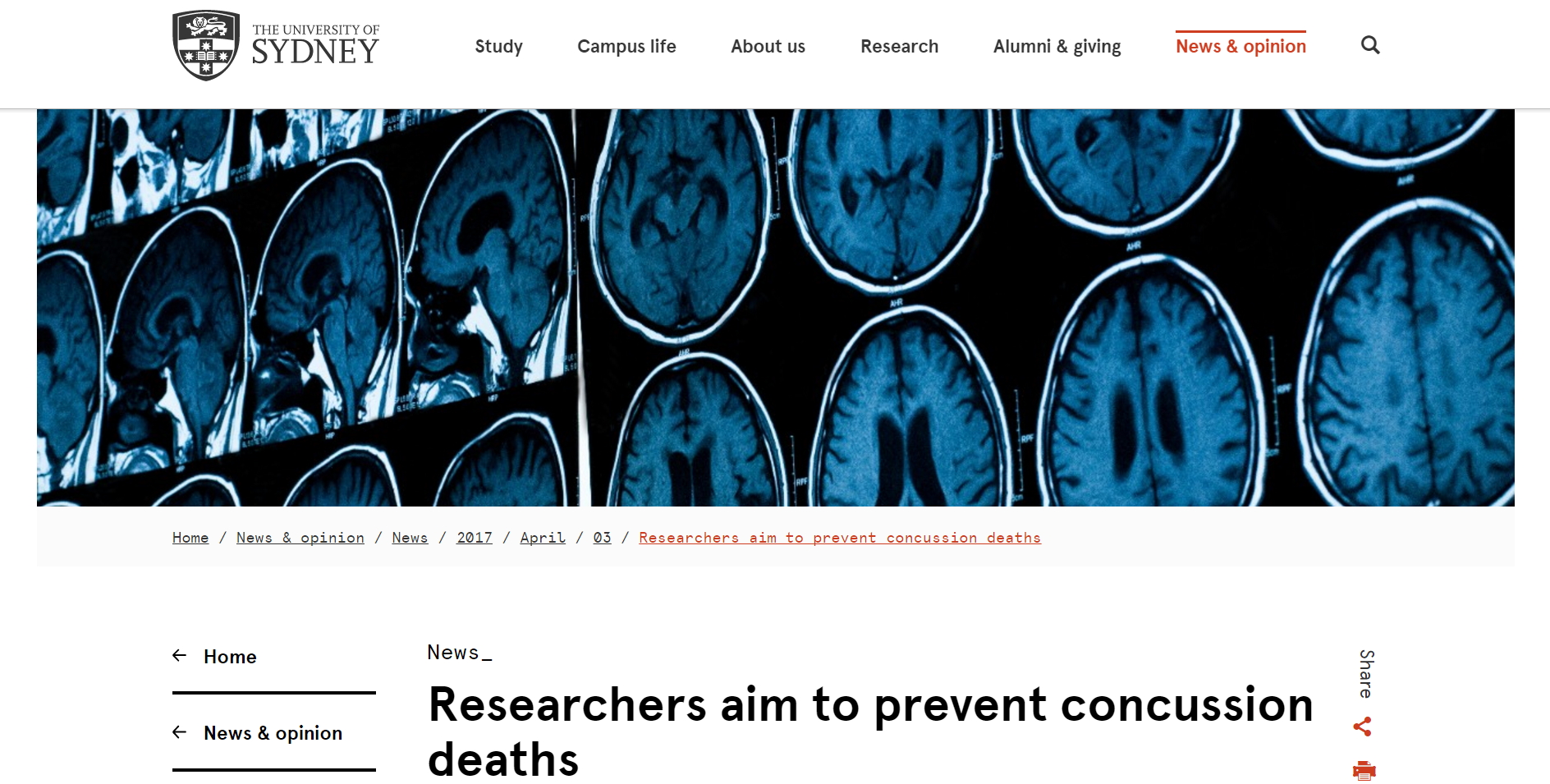 A team of researchers led by Dr Clare Fraser and Dr Adrian Cohen at the University of Sydney is studying the causes, assessments and treatment of concussion in sport to prevent health effects that result in long term harm and even death.

With no accepted, singular diagnostic tool for concussion, the team is working with Randwick Rugby Union Club to validate concussion tests that will aid the development of a more accurate system to diagnose mild traumatic brain injuries (mTBI).

The issue has been made more serious by the deaths of several junior players around the world from Second Impact Syndrome. The players died following a second blow to the head before they had fully recovered from a previous concussion, causing the brain to swell catastrophically.

“Concussion reflects the amount of energy the brain absorbs from an impact and can be very difficult to diagnose,” says Dr Cohen, an adjunct senior lecturer at Sydney Medical School and founder of Headsafe.

“Less than 10 per cent of people who suffer a concussion are knocked out and many symptoms are not apparent to those watching. We need to take the subjectivity out of it.”

Neuro-ophthalmologist Dr Clare Fraser of the University of Sydney’s Save Sight Institute said the main issue when it comes to addressing concussion is its broad definition and underestimated danger to player health.

“Our main concerns regarding mTBI surround the lack of strong diagnostic criteria and that there are a lack of objective markers for diagnosis,” says Dr Fraser.

Dr Philip Boughton from the University of Sydney’s Faculty of Engineering & Information is working with Fraser and Cohen to develop a suite of technologies to better detect and assess traumatic brain injuries. Boughton says he and a team of PhD and Masters students are developing wearable biosensors to monitor impacts.

“We’re trying to build technology that can track and relay real-time data on the acceleration, deceleration and rotation of players’ heads and necks. We want these biosensors to indicate not only concussive single impacts but also tell us when several smaller impacts could add up to a concussion,” he said.

“At the moment we are in the prototype stage, however the plan is to implant this technology into a mouthguard. The hope is when a force that is likely to result in a concussion or brain injury is detected, the mouthguard will change colour or vibrate, alerting the player, training staff and referee to the injury.”

CEO of Castlereagh Imaging, Dr Julian Adler says the difficulty with concussion is that even MRI can fail to detect it but can be useful in ruling out other brain injuries.

“We are yet to establish a breadth of knowledge that allows us to diagnose concussion through the use of MRI, but we hope through this research we will help to lift the veil on mild brain injuries and develop clearer diagnosis criteria,” says Dr Adler.

Dr Cohen said the research team isn’t trying to “soften” sport but make it safer for athletes and educate sports teams and the community about head injuries.

“Sport has so many positive benefits but we need to ensure players are aware of the risks they are taking. We also need to increase our understanding to give participants and their families confidence that we are looking after them throughout their careers and after they stop playing.” 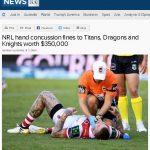 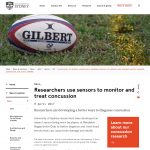