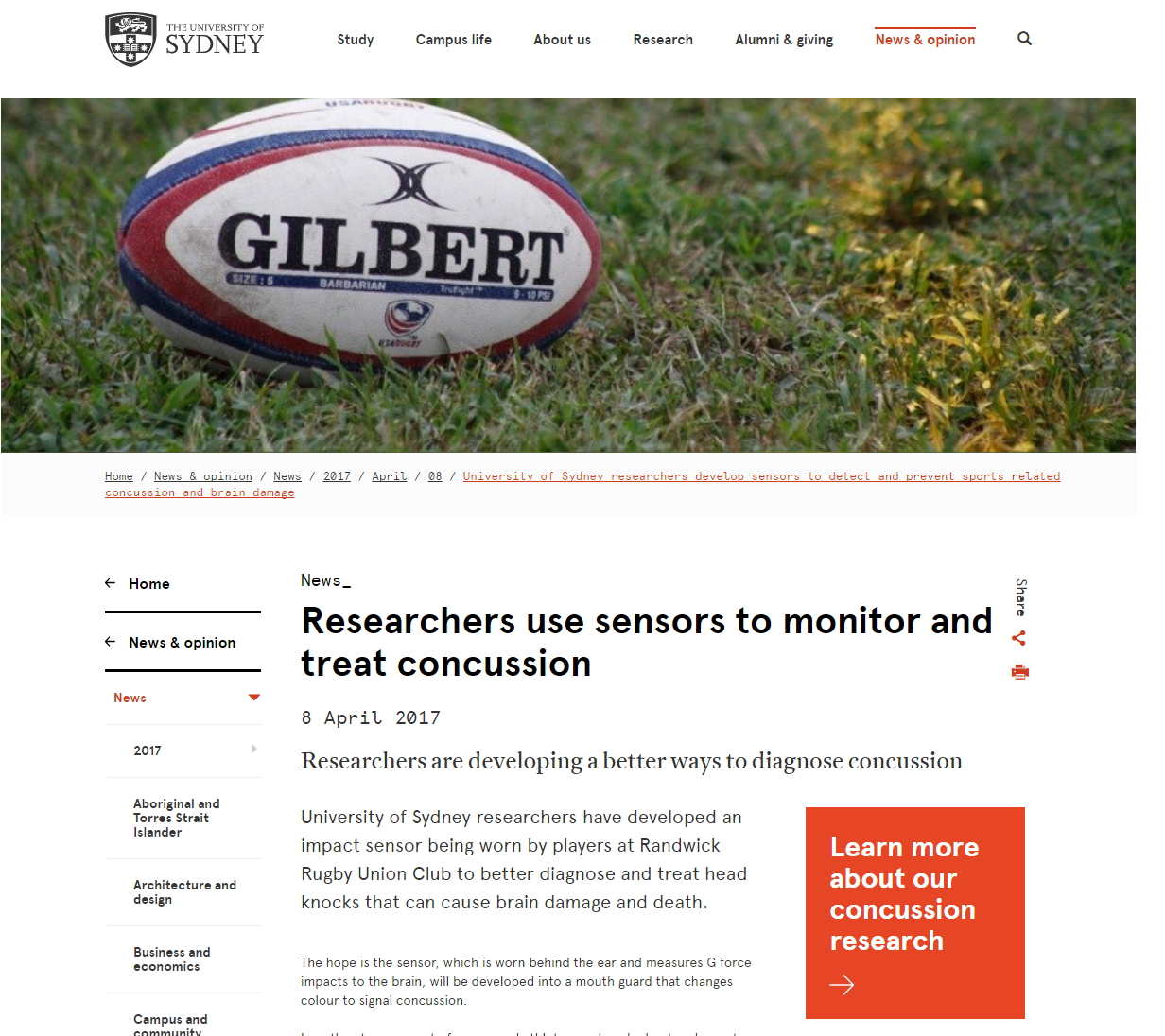 University of Sydney researchers have developed an impact sensor being worn by players at Randwick Rugby Union Club to better diagnose and treat head knocks that can cause brain damage and death.

The hope is the sensor, which is worn behind the ear and measures G force impacts to the brain, will be developed into a mouth guard that changes colour to signal concussion.

Less than ten per cent of concussed athletes are knocked out and symptoms aren’t always apparent to players and people watching sports. It’s estimated 40,000 cases of concussion occur Australia each year across all levels of sport.

There is currently no uniform objective test of concussion, so there’s a need to remove subjectivity from an issue made more serious by deaths from Second Impact Syndrome, which is the acute risk arising when a person receives a second concussion shortly after the first.

“Concussion reflects the amount of energy the brain absorbs from an impact and can be very difficult to diagnose,” says Dr Adrian Cohen from Sydney Medical School.

“We’ve developed a small device that measures G forces that can be correlated with other tests of concussion, such as MRI brain scans, visual tracking tests, and the King–Devick Test, which is a quick definitive low-tech diagnostic tool for concussion.”

“Players risk serious brain injury if they receive a second impact before recovering from the first,” says Dr Clare Fraser of the University of Sydney’s Save Sight Institute, who is collaborating with Dr Cohen.

Dr Philip Boughton from the University of Sydney’s Faculty of Engineering & Information is working with Fraser and Cohen to develop a suite of technologies to better detect and assess traumatic brain injuries.

“We’re trying to build technology that can track and relay real-time data on the acceleration, deceleration and rotation of players’ heads and necks,” says Boughton, whose lab is developing wearable biosensors to monitor impacts.

“We want these biosensors to indicate not only concussive single impacts but cumulative, smaller impacts that can add up to a concussion,” he says.

“The plan is to implant that technology into a mouth guard that can change colour and alert the player, training staff and referee to the injury.”

Dr Cohen said the university’s research team isn’t trying to “soften” sport but make it safer for athletes and educate sports teams and the community about head injuries.

“Sport has so many positive benefits but we need to ensure players are aware of the risks they are taking. We also need to increase our understanding to give participants and their families confidence that we are looking after them throughout their careers and after they stop playing.” 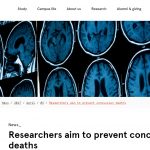