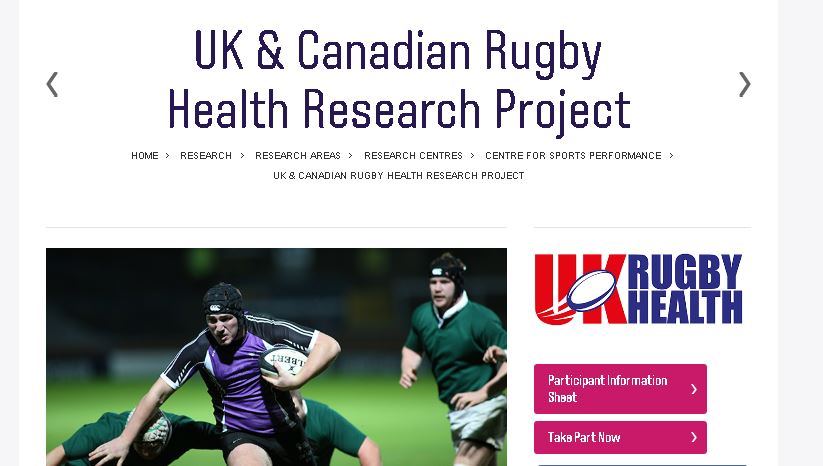 The UK Rugby Health project – which is investigating the long term health of retired rugby players – is expanding to Australia and the Pacific Islands. Following the inclusion of North America last month, today’s announcement makes this the first truly international study of its kind.

In a uniquely broad collaboration, several of Australia’s pre-eminent concussion researchers, Dr Adrian Cohen (Headsafe) and Dr Clare Fraser (Save Sight Institute) at the University of Sydney, Dr Alan Pearce of La Trobe University and Dr Cloe Cummins from the University of New England will extend the project’s general health, neurocognitive and biomarker testing to Australian retired rugby players of both codes and retired non-contact athletes. The study will also include athletes whose primary sport is not rugby, so that Australian Rules Football, soccer, equestrian and other sports can be compared, providing a unique cross-sport analysis of the long term effects of participation.

Dr Karen Hind from Leeds Beckett, said: “We are delighted to announce that this important research has been extended to Australia and to welcome our new collaborators to the team. By expanding further on the international scale, we are achieving a greater representation of ex-players and understanding into player welfare post retirement across the globe”.

Dr Adrian Cohen, founder of Headsafe has been leading research into the short and long term effects of concussion using impact sensors, biomarkers, visual analysis with the King Devick Test, physiological technologies such as Transcranial Magnetic Stimulation (TMS) and sideline EEG testing said: “This is the ideal opportunity to add past players from our part of the world to this landmark international study”.

Dr. Cohen commented that “The long term effects of participation in sport need to be understood and acknowledged in order that we can care for players today and into the future. Sport has so many positive benefits…..let’s increase our understanding to give participants (and their families) confidence that we are looking after them throughout their careers and after they stop playing”.

The New Zealand Rugby Health project (NZ RugbyHealth), funded by World Rugby, New Zealand Rugby, and Auckland University of Technology in 2012, and led by Professor Patria Hume, found that New Zealand former rugby players had more injuries resulting in hospitalisation, more concussions, more general health issues including cardiovascular and arthritis issues, hazardous alcohol drinking behaviour, lower scores on some neurocognitive tests, and altered cortical motor excitation and inhibition, than the non-contact sport comparison group. The neurocognitive part of the project, published recently in the Sports Medicine journal, showed that players who experienced one or more concussions during their career were less able to understand and process information quickly, to make rapid decisions, to switch attention between tasks and to track and respond to information over long periods of time.

To take part in this international project, retired players and retired non contact athletes are invited to sign up via the main project webpage at www.leedsbeckett.ac.uk/ukrugbyhealth. There is a general health questionnaire and one short online neurocognitive test (CNS Vital Signs).

University of Sydney for clinical examination

DXA scans provided by ‘Measure Up’ mobile scanning units unit across the country.

Details on how to take part can be found at www.leedsbeckett.ac.uk/ukrugbyhealth.

Mark Dorey in the Communications team at Leeds Beckett on 0113 812 3021 or email m.dorey@leedsbeckett.ac.uk 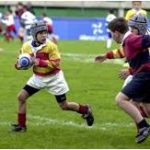 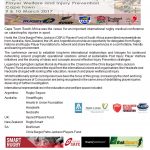