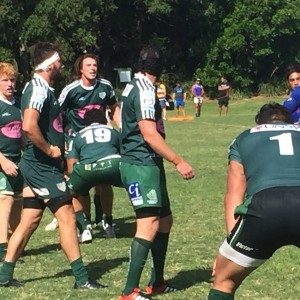 In an Australian first, players at the Randwick Rugby Union Club in Sydney’s Eastern Suburbs wear a 10-cent-sized X-Patch biosensor taped behind their right ear to record rotational and G-forces of the impacts they endure.

It is part of a larger study combining a battery of cognitive and physiological tests and monitoring to piece together a “concussion passport” for players to follow their careers wherever they play.

The trial is being conducted by sports concussion researcher and Randwick local Dr Adrian Cohen, in conjunction with the Australian Rugby Union Concussion Advisory Group.

“The biosensors don’t tell you what’s going on in an individual since there is great variability between players.

“We’re not going to come up with a magic number that says it you get 100 g you will be concussed. What you’re going to find is there’s a range, and if you’re in that range there’s a high probability of damage, and therefore you should be examined and take a break from the game.”

Dr Cohen says concussion-related brain disease has been more highly publicised in the US, but rugby players here are almost certainly having the same problems.

“Impact monitoring studies have shown that compared to NFL, rugby league and union players suffer more impact per game, of greater force, and not just linear but rotational forces as well.”

He says sensors allow for better decision-making due to a more objective understanding of what’s going on with players.

“I was able to talk to and examine the player who had a 180 g impact but wasn’t knocked out only because I had the data to hand. It’s something we haven’t had before. For the sport, it’s going to mean players will be rested more often and their brains will be allowed to recuperate, just like we do for players’ injured shoulders, knees or ankles.”

Dr Cohen says he thinks it likely all players of contact sports will be wearing biosensors in the near future.

“It’s financially feasible, the technology only costs a couple of hundred dollars.”

Biosensors used in the trial were provided by Seattle-based tech company X2 Biosystems. 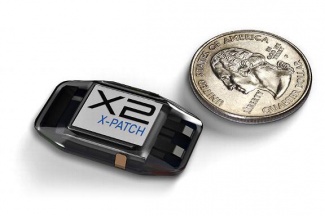 Manual CertificateNews
SEE WILL SMITH IN “CONCUSSION” BEFORE ITS CINEMA RELEASE!!!News